The Kenyan Government commissioned the Athi River Basin Pre-investment study (1981) on the Water and Land resources with the financial assistance of the European Community. The main objective of the study was to identify viable projects that could be implemented.

This was in realization that Kenya is a dry country with almost 85% of the land receiving insufficient/unreliable rainfall to support viable arable farming. Harnessing of the available water resources for irrigation as well as for other uses was thus envisaged as an important element in the Government’s strategy for agricultural development.

Among the major projects identified for development along the Athi basin is the Munyu Multipurpose Reservoir and the Greater Kibwezi Irrigation project with a potential for about 13,000Ha.

The Munyu Multipurpose Reservoir site is downstream of the confluence of the Athi and Ndaragu Rivers in Thika/Kangundo Districts, while the proposed Greater Kibwezi Irrigation project is 15Km from Kibwezi town and about 200Km downstream of the proposed Munyu reservoir. The irrigation project is in Kibwezi District, Makueni County on the Athi River bank. 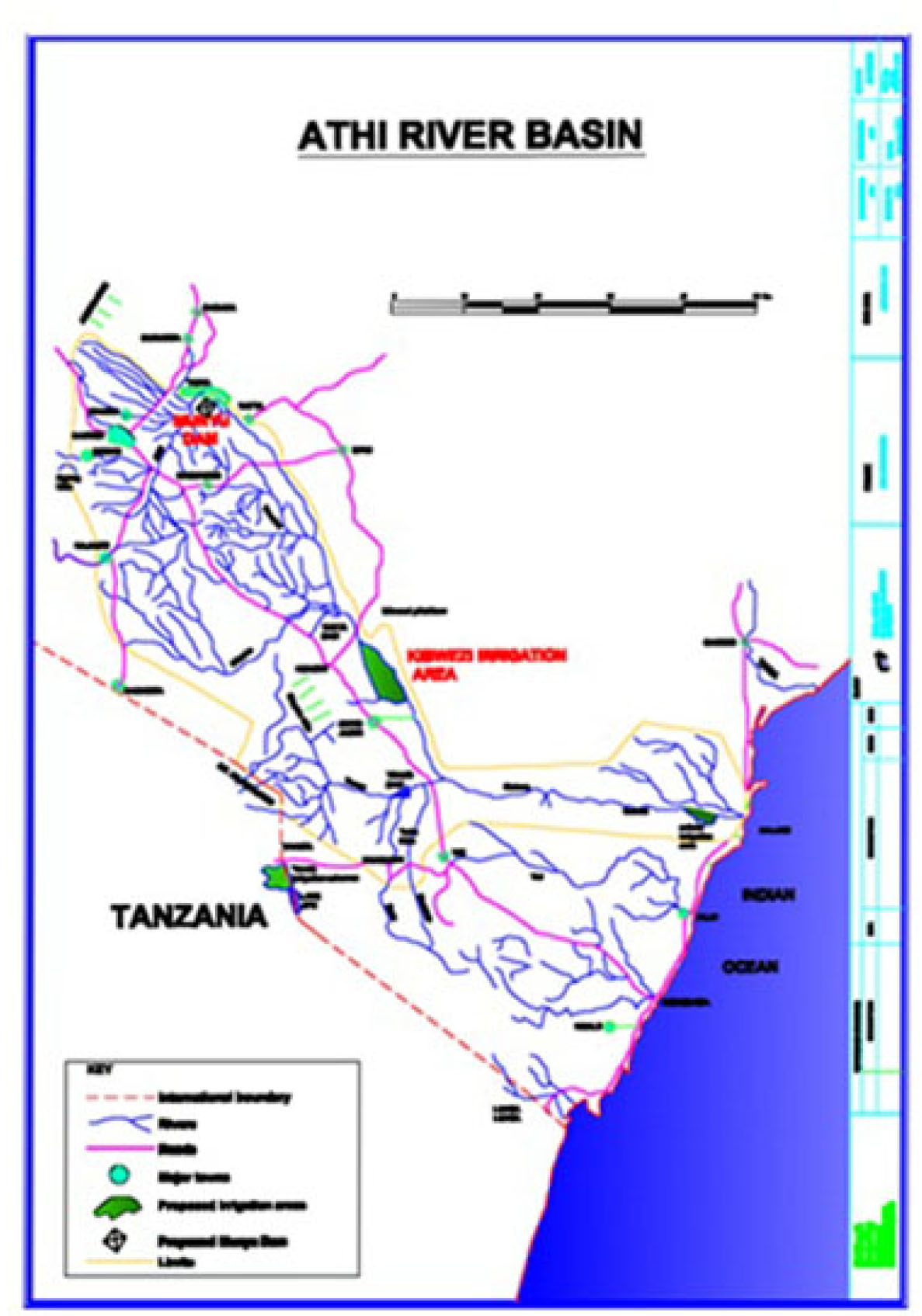 The Munyu-Kibwezi Project is envisaged to comprise the following:

The benefits expected from the project upon completion will be as follows:

The estimated capital requirement for the construction of Munyu Multipurpose Reservoir, the associated hydropower and for developing Kibwezi Irrigation is Kshs.21 billion.

The estimated capital requirement for the construction of Munyu Multipurpose Reservoir, the associated hydropower and for developing Kibwezi Irrigation Scheme was done in 1986 amounting to Kshs. 21 billion showing an indicative economic internal rate of return of 12% by then.

It is anticipated that Munyu Multipurpose Reservoir and the Hydropower stations will be developed in phase I. The irrigation scheme at Kibwezi will be constructed later but in two stages:  The first 6000ha will be developed as soon as Munyu Multipurpose Reservoir and the hydro-power stations are completed while the remaining 7,200 ha will be implemented last.